started a topic almost 4 years ago

Please give us a simple quick way to update a number of channel listings via import.

I update 30 SKUs from an inventory of 4000+ SKUs, the update consists of channel pricing, images and extended properties. These updated SKUs use different configurators and are in different categories. Once the import has been successful I then need to push the new information to the various channels. The problem is how to find these random 30 SKUs amongst all the other 4000+ SKUs and update them. It seems a tall order to search each SKU manually and update, certainly a time-consuming operation. Currently, if you update any listing data but do not push the update to the channel then you have an out of sync listing, particularly annoying if the prices are out of sync!

Include a column in the data to be imported called "Update Channel Listing eBay" for example, this would have a value of "Yes" or be blank. You would then map this column to a new import field called: "Update Channel Listing > source > subsource" much like the "Price by Channel" is currently set up. Once the import has successfully run and updated all the other data, it would then check the 'update channel' column and initiate a channel update according to the mapping and if "Yes" was true. You could then use expressions to map multiple channel updates from one data column.

I would think a full "revise templates" update would be the right type of revision to be initiated. 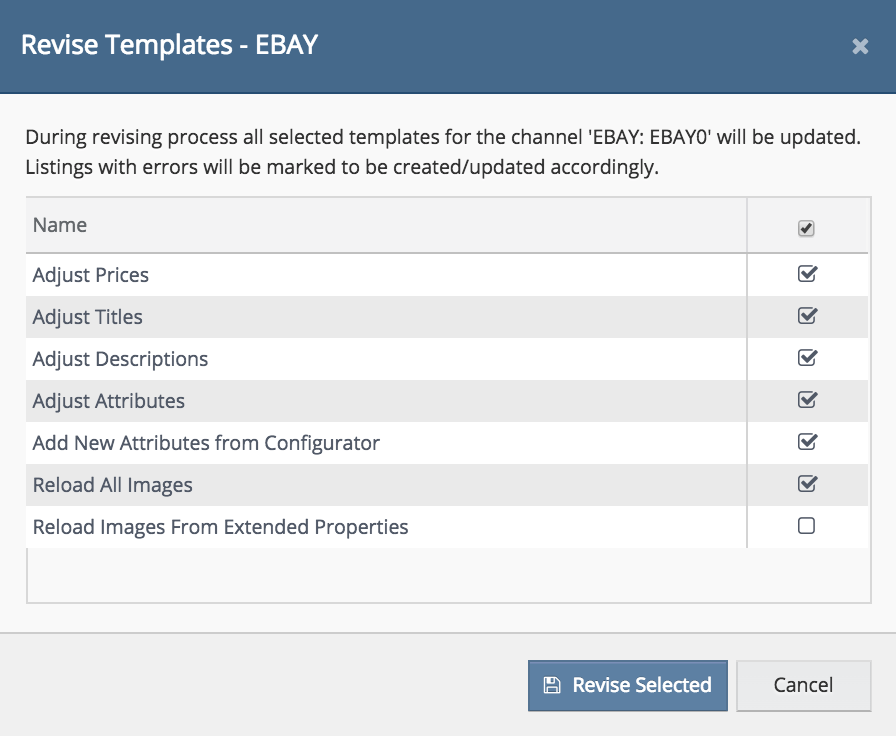